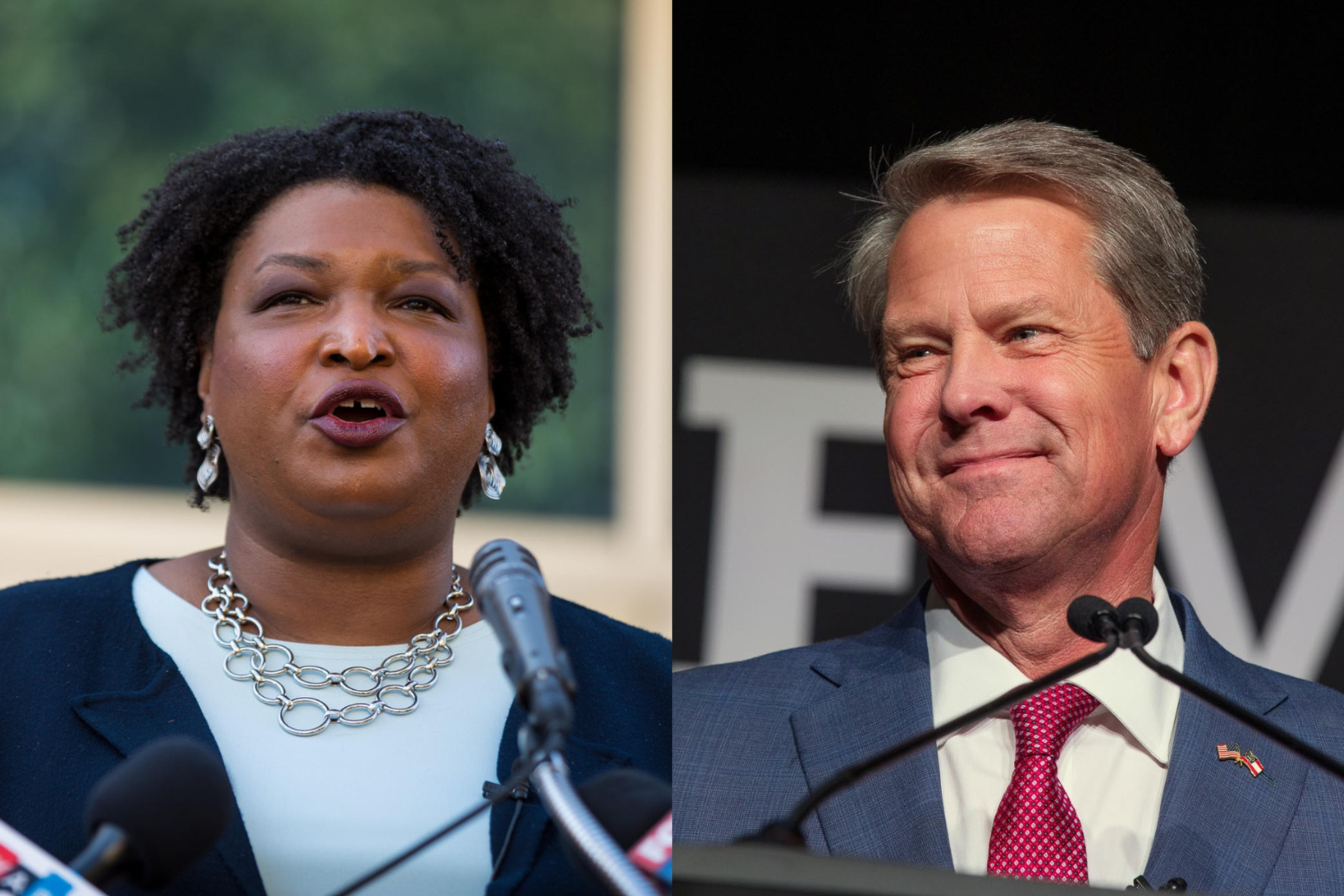 LISTEN: The midterm election has sharpened focus on Georgia women as both Democrats and Republicans work to mobilize the group that makes up more than half of the state’s electorate. ——

This year’s midterm election has a sharpened focus on Georgia women — who make up more than half of the state’s electorate — as issues like abortion rights fuel efforts to mobilize voters across the political spectrum.

Although nearly a third of the candidates running for statewide office in November are women, none of them are Republicans.

A stark contrast is easily seen between nominees of the two majority parties. Democrats boast a majority female and racially diverse statewide slate while Republicans candidates are all men and all but three are white.

But the disparity is not on par with trends nationally.

Over the past few years, the number of GOP women vying for powerful political seats across the country has increased. This year, a record number are running in gubernatorial races, according to the Center for American Women in Politics.

But in Georgia, only six women have ever held statewide executive offices. Tricia Pridemore is the only woman currently serving statewide official. After being appointed as a Public Service Commissioner by former Gov. Nathan Deal in 2018, she went on to win a full term.

Meanwhile, eight of the 11 Democratic candidates for statewide office this time around are women — the most notable being Stacey Abrams in the contest for governor, state Sen. Jen Jordan up for attorney general and state Rep. Bee Nguyen running for secretary of state.

Our extraordinary Democratic ticket represents immigrants, refugees and those who have been in our great state for generations. We understand Georgians’ struggles because we have lived them.

I’m in this fight with them because I believe in who we are and I believe in #OneGeorgia pic.twitter.com/4NrGSiy3f1

Women up for governor at all-time high

If elected this year in her rematch against Republican incumbent Gov. Brian Kemp, Abrams would be the first female governor and first Black woman elected to any statewide office position in the Peach State.

“The Democratic ticket in Georgia looks like Georgia,” Abrams said in July. “We are the most racially diverse. We’re the only gender diverse ticket.”

Kelly Dittmar, director of research at the Center for American Women in Politics at Rutgers University, said that currently only nine women hold governorships out of all 50 states.

“We now have a record number of women who are nominees for governor,” she said. “And of course, the hope on our end is that that increases the number of women governors who are going to be serving in 2023.”

Dittmar said in 2018, the increase in women candidates across the board almost entirely came from Democrats. But the party gap has begun to close as more Republican women sought higher office in 2020 and again this year.

That story is not playing out in Georgia, although three Republican women ran for statewide seats in the May 24 primaries.

Dittmar doesn’t think it’s because of a rejection of Republican women but a lack of attention to obstacles that have kept women out of politics for decades.

“Often when you talk to Republican Party leaders and donors and even electeds themselves, including women, they will say to you, ‘We don’t select or support people based on their gender,’” she said. “…I think sometimes what’s missed in that approach is that it’s not necessarily attentive to the barriers that have been distinct to women.”

One of those barriers is placing women on the path to higher office, which is primarily a position in the state legislature.

But both Republican and Democratic women alike recognize that the Georgia General Assembly — which many describe as a “good ol’ boy network” — isn’t the easiest place for a woman to succeed.

Starting with the legislature

Only 80 of the 236 senators and representatives in the legislature are women — with Democratic women easily outnumbering GOP women in both chambers.

Dr. Karen Owen, interim dean of the University College and Director of the Thomas B. Murphy Center for Public Service at the University of West Georgia, said that Georgia Republicans are behind in building a bench with strong women candidates that will eventually step up to serve in higher offices.

“We see more (women) at the state level for the legislature running,” she said. “But that hasn’t translated up to the statewide offices where a lot of our Republican candidates had served previously in roles in the legislature and then they’re just looking for advancement.”

When former U.S. Sen. Kelly Loeffler was appointed by Gov. Brian Kemp to fill Johnny Isakson’s seat in 2019, the decision was seen as an effort to appeal to college-educated white women voters.

“There are many races locally that have great women leaders who have stepped forward,” she said in an interview. “So, I do think that that’s an important pipeline of leadership.”

But Loeffler said the party does not play “identity politics.”

“I think we just have to make sure that we’re responding to voter’s needs regardless of who’s on that ticket,” she said.

Experts said there’s also historically a greater demand from Democratic voters, who tend to put more value on gender and racial equity, for a more diverse slate of candidates.

“There’s pressure on Democratic Party leaders to do better and to have a ticket that is more reflective of the constituencies that they are trying to serve,” Dittmar said. 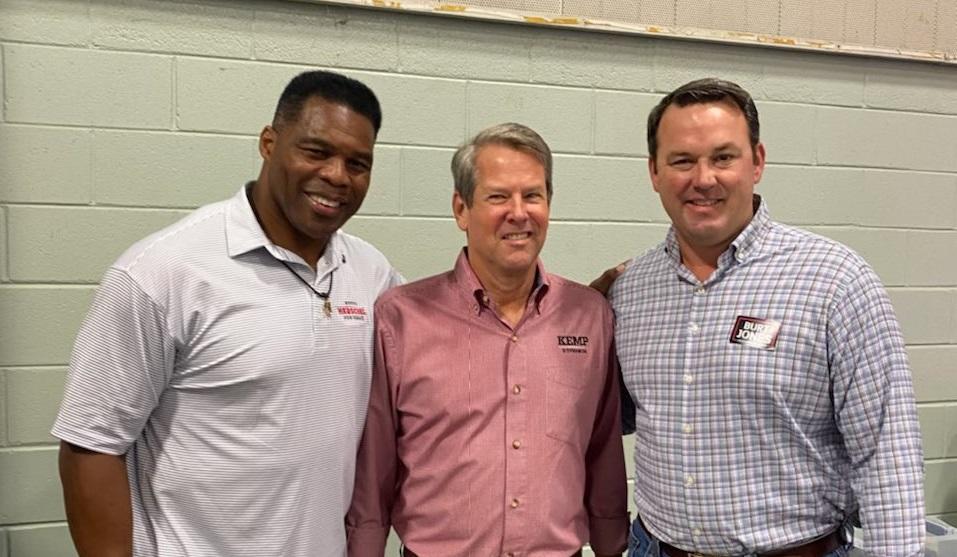 Also, behind the scenes, the party has been running large-scale efforts to recruit Democratic women — particularly women of color — to run for office across the state from the bottom to the top of the ticket.

“I think that women have always been at the forefront of Democratic politics,” said Maggie Chambers, executive director of Emerge Georgia. “Specifically women of color have been very responsible for engaging and energizing their communities to get to the polls.”

The state affiliate of a national political nonprofit that recruits and trains Democratic women to run for office has 17 alumni on the ballot in the Midterm elections.

One of them is Jen Jordan, who in 2017 won a special election in her Atlanta area district, flipping a previously Republican-held seat. She is up against incumbent Republican Attorney General Chris Carr.

“I’ve never wanted people to support me because I’m a woman,” Jordan said in an interview. “But I’ll tell you that if they do, I’ll be the first woman attorney general in this state.”

And that, Jordan says, means she’ll have a much different approach to governing than years of men who’ve held the position.

The fight for women voters

With high stakes on the outcome of the November midterms, Democrats are rallying women voters with issues like Georgia’s strict abortion as an example of policies that are detrimental to women passed by male politicians in power.

“This is about really just trying to be very straightforward and to tell women exactly what the policies are or the laws that have been passed and not to hold any punches,” Jordan said.

Jordan said Georgia women today face the same issues that she saw her mother — a single parent who owned a beauty shop and struggled to get by financially — faced decades ago, such as a lack of access to health care.

Conservatives, too, recognize the importance of connecting personally to women voters. In her mobilization efforts, Loeffler isn’t shy to admit that women have often been left out of the conservative movement.

“I’ve been involved in Republican politics in Georgia for well over a decade,” she said. “And I saw firsthand as someone that got involved at the grassroots level, long ago, that I felt that enough women weren’t involved.

“Sure enough, today, women control about 52% of the electorate,” she said. “So that means that women will decide elections in this state and that women are a group of tremendous potential for the conservative movement.”

Women outnumber and outvote their male counterparts across almost every demographic, Dittmar said.

“They also are leading almost all of the on the ground efforts to mobilize and engage voters — especially true again in Georgia,” she said.

It is unclear how the turnout of Georgia women will impact consequential statewide races like the tight race for governor but both parties agree the demographic has the potential to sway the tides as vote margins have narrowed over the past few years.

This story comes to Emerge through GPB News, a non-profit newsroom covering the state of Georgia.