Oakland’s former mayor was named interim executive director at Emerge California, an incubator for women leaders in the Democratic Party. 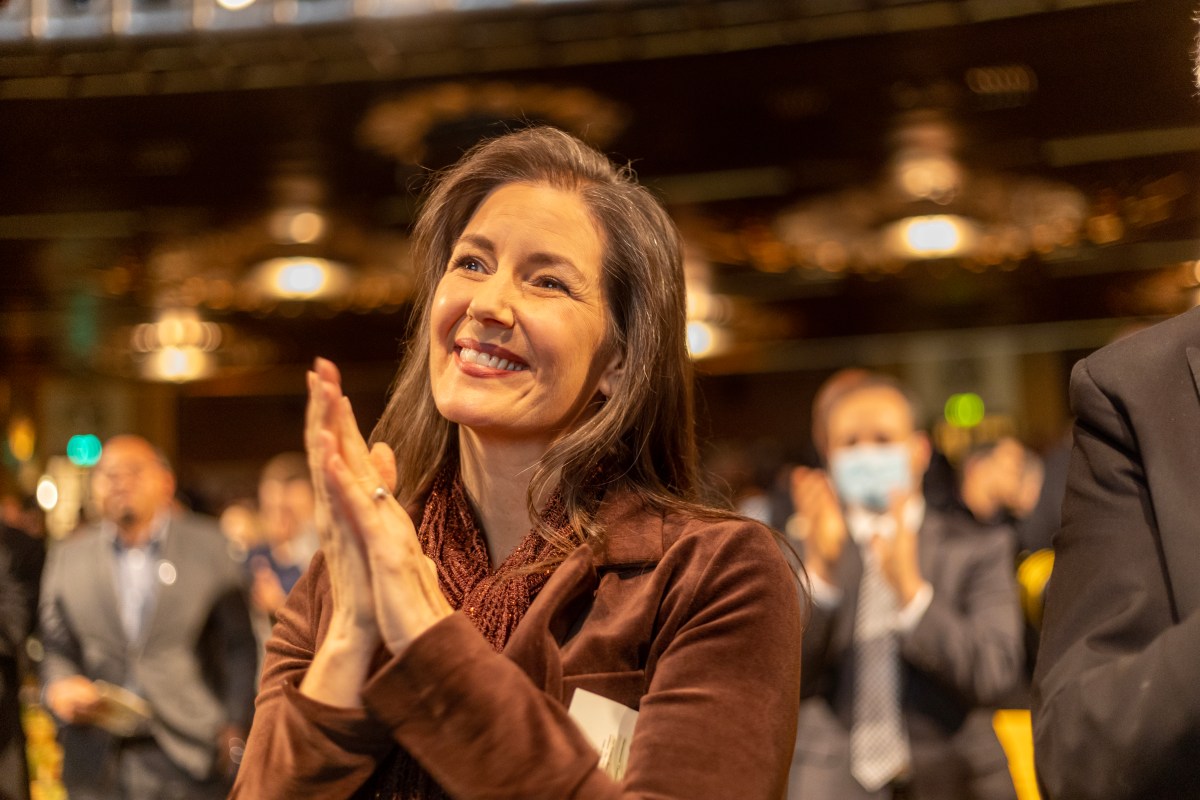 It only took several weeks for Libby Schaaf to transition to a new role. The former Oakland mayor was announced on Wednesday as the interim executive director of Emerge California, a nonprofit that recruits and trains women leaders to run for office as Democrats.

Schaaf herself was a beneficiary of the organization’s programs in 2009 prior to first being elected mayor of Oakland in 2015.

“I’m thrilled to be stepping in to support an organization I owe so much to personally and whose mission is so impactful and urgent,” said Schaaf in a statement released by the organization on Wednesday. “More than ever, we need diverse women at the decision-making tables, so all Californians can thrive.”

Emerge California has trained and recruited over 800 women since 2002, according to its website, with an emphasis on women of color, LGBTQ, and young and unmarried women. The organization claims to have over 200 alums currently serving in elected positions. They include California’s Lieutenant Governor Eleni Kounalakis, State Controller Malia Cohen, State Assemblymember Mia Bonta who represents Oakland and other parts of the East Bay, and San Francisco Mayor London Breed.

Schaaf served two terms as Oakland mayor from 2015 through 2022. Before that, she was a staffer for Oakland City Councilmember Ignacio De La Fuente and later an assistant to Oakland Mayor Jerry Brown. She also held the position of Public Affairs Director at the Oakland Port and was a legislative analyst for the Oakland City Council before eventually being elected to the council in 2010 to represent District 4, a seat she held from 2011 through 2014.

Homicides declined steadily during her first five years as mayor, something Schaaf has attributed to city-supported programs like Ceasefire—only to see that trend reverse horribly during the pandemic, with the city experiencing killings in numbers not seen in decades over the past several years.

Her record on housing is equally mixed. She oversaw a historic boom in new housing constructions, yet the city still fell short of its affordable housing goals.

Some of Schaaf’s proudest accomplishments as mayor involved public-private partnerships, particularly in the realm of education. She raised money to help launch the nonprofit Oakland Promise in 2016 to create pathways to college for Oakland children. In 2021 she supported the expansion of a program providing affordable housing to teachers at Oakland Unified School District. Last year she announced expanded preschool access for Oakland families (with $30 million raised from Measure AA) and a $50 million fund to end generational poverty by creating savings accounts and scholarships for local youth.

Schaaf was succeeded as Oakland mayor this year by Sheng Thao.

“Libby Schaaf is a dynamic and effective leader and one of Emerge California’s most devoted advocates,” said Rhodesia Ransom, vice chair of the Emerge board, in a statement. “We are confident that she will continue to move Emerge California forward as an influential force in changing the face of power and politics in our state.”