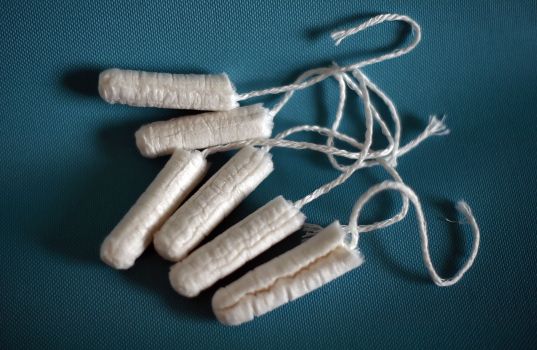 Talking about periods and menstrual products is still often taboo. To battle that stigma and address inadequate access to menstrual hygiene products (aka period poverty), Colorado will give students access to free products in K-12 public school bathrooms.

Gov. Jared Polis signed into law SB21-255 on Tuesday, which will create a grant program so eligible schools can stock tampons and pads. Colorado joins several other states — and countries — that provide these products to students.

One in 5 girls miss school because of a lack of menstrual products, according to a University of Michigan School of Public Health study released last year that called the issue a public health crisis. A New York City school’s pilot program found attendance increased by 2.4% after installing dispensers with free products.

She introduced the bill after some Arvada students came to her in 2019 asking for a statewide solution. They had to fight and raise money to get their school to provide the products for free in bathrooms, and they wanted to make sure other students didn’t have to go through that.

“There are a lot of students out there who are in school and they don’t have these products and they’re not readily available, and that has an impact on their education and their livelihood, and we shouldn’t just ignore the problem by not talking about it,” Titone said.

Two of the sponsors on this year’s bill — Democratic Rep. Leslie Herod and Sen. Faith Winter — passed a bill in 2019 requiring local jails to provide menstrual products to inmates, which received national attention after a viral video of Herod talking about women who were jailed having to barter for the products.