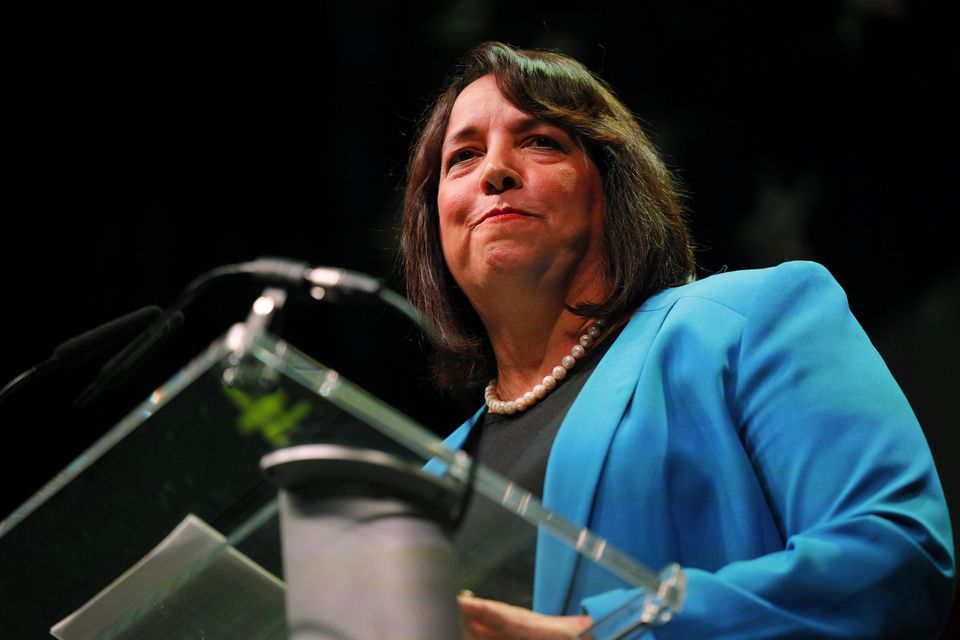 The voter-arranged partnership sets the two college basketball players — Healey was a point guard at Harvard University and Driscoll played at Salem State — on a nine-week sprint to Election Day, when they could make national history.

“We won, and we won big. Here in Massachusetts, we are a home of firsts. … We will have the first governor and lieutenant governor on an all-woman ticket,” an ebullient Driscoll told supporters at Colonial Hall at Rockafellas restaurant in downtown Salem. “Not one, but two women in the corner office,” a feat no state has yet achieved.

With about 56 percent of votes in, Driscoll led state Senator Eric P. Lesser and state Representative Tami Gouveia, about 45 to 35 to 19percent. The Associated Press called the race for Driscoll Tuesday night.

Lesser called Driscoll to concede in the race shortly after 10 p.m. Gouveia conceded in a speech at her election party in Maynard. 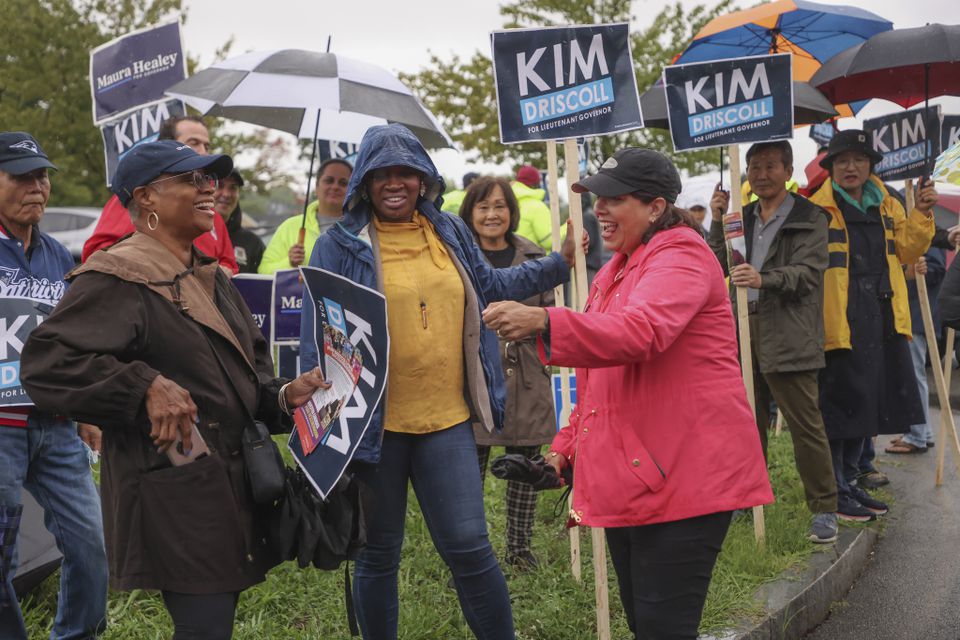 Kim Driscoll, mayor of Salem and a candidate for lieutenant governor, spoke to her supporters in front of a polling place at Lilla G. Frederick Pilot Middle School in Dorchester on Tuesday.MATTHEW J. LEE/GLOBE STAFF

Driscoll, 56, was born in Hawaii to a Navy officer and a one-time Miss Trinidad and grew up in several states, including Florida. She moved to the coastal Massachusetts city of Salem as a college student-athlete in the mid-1980s and has lived and worked on the North Shore ever since. She served as the chief legal counsel and deputy city manager in Chelsea, as a Salem city councilor, and for the past 16 years, as the city’s first female mayor.

Throughout her campaign, Driscoll has pitched herself as a seasoned “on-the-ground” executive who can complement Healey’s statewide profile with her know-how of running a city.

In July, she even issued a video endorsement of Healey, though Healey did not endorse in the race.

Driscoll emerged victorious from a primary that was, at one time, a crowded five-candidate field. (Both state Senator Adam Hinds and businessman Bret Bero failed to advance from the state Democratic convention.)

Unlike the other candidates in the race, Driscoll was bolstered by a billionaire-backed super PAC that spent more than $1 million in advertising on behalf of the candidate. That political action committee’s support drew condemnation from her Democratic rivals for its ties to Republican donors.

The advertising support and large coalition of endorsers elevated Driscoll, despite fund-raising numbers that trailed Lesser’s for much of the cycle.

Her primary win cements the notion that Massachusetts has “turned the tide” from a time when men were seen as best fit for executive office, said Amanda Hunter, executive director of the Barbara Lee Family Foundation, where she leads efforts to increase women’s representation in politics. A Healey-Driscoll ticket represents a new era in Massachusetts politics, she said, ushering in a generation who “will not remember a time when there wasn’t a woman governor or lieutenant governor.”

“Women have to do so much more to prove themselves,” Hunter said. “And Kim Driscoll brings a rock-solid resume to the table.” 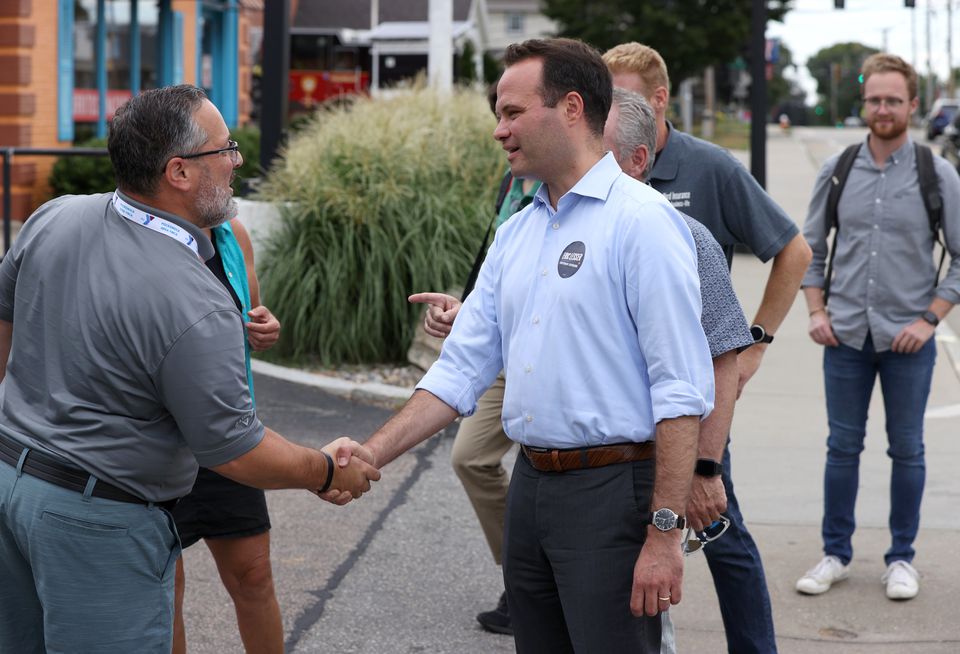 Driscoll boasted endorsements from current and former elected officials across the state, as well as labor unions and national leaders and powerhouse progressive groups such as Barbara Lee, EMILY’s List, and the Planned Parenthood Advocacy Fund of Massachusetts. These endorsements also follow Driscoll’s endorsement at the Massachusetts Democratic Party Convention in June, where she secured more than 41 percent of support in the five-way race.

“These are two exceptional people who would complement each other really well,” said Eileen Duff of Driscoll and Healey. Duff, a governor’s councilor and former Salem resident, introduced Driscoll at the party convention.

“They are hand in glove.” 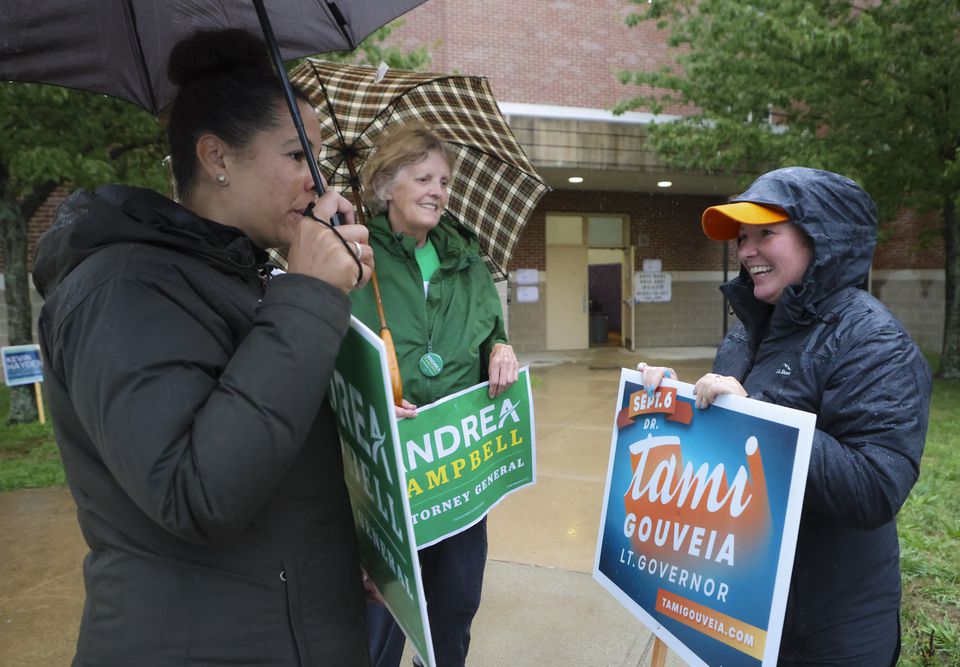 At Driscoll’s election party, some attendees wore blue pins with her name on them. Others wore multiple pins to show their support of Healey, too. Supporters in “Paul Tucker” T-shirts filtered upstairs from a separate party held in honor of the state representative and candidate for Essex County district attorney.

Linda Champion, of Milton, has been supporting Driscoll for years. Champion met the candidate while working with Emerge Massachusetts, a group that recruits and trains Democratic women. Driscoll helped the group in their work supporting women running for mayors in other cities.

Driscoll left a lasting impression after directly calling Champion when she had expected a city aide to return a request for help.

“Especially as a woman of color, you don’t always feel that sense of belonging,” Champion, 49, said. “With her, you do. She has been visible, active, and kind. She does the work.”

The 22-year resident of Salem said although he doesn’t believe a lieutenant governor can achieve all of the milestones he hopes to see from the state, including more affordable housing and a train to connect the state’s North and South shores, he thinks Driscoll is the best pick to work toward reaching those goals.

“Will it happen in the next four years? No,” he said. “But it’s a step in the right direction. We have a long way to go.”

Beyond chairing the Governor’s Council — the eight-person body that votes on the governor’s judicial nominees — the lieutenant governor’s only other formal responsibility is replacing the governor should they die or leave office.

The loose mandates allow governors to essentially shape their lieutenant’s job. Lesser, an alum of the Obama administration, pitched himself as the only candidate who could bring the perspective of representing Western Massachusetts into the office.

Driscoll consistently leaned into her role as a mayor and talked often of her experience of leading a city through a recession and a pandemic.

Lieutenant Governor Karyn Polito, a former state lawmaker from Shrewsbury, who like Governor Charlie Baker is not running for reelection, has served as a liaison to cities and towns. Tim Murray, a former Worcester mayor, served a similar role under Governor Deval Patrick before he resigned in 2013. 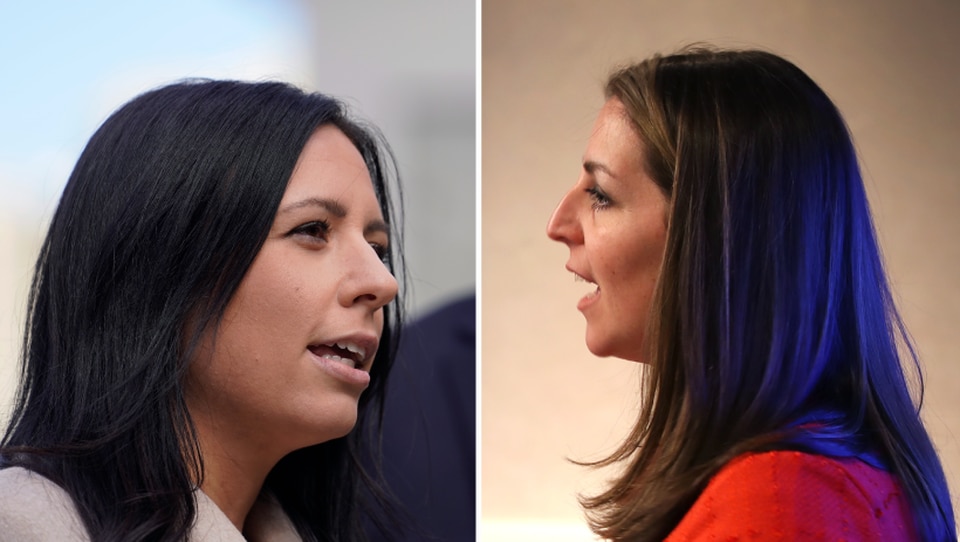 It’s a path Driscoll has pitched herself following, as someone who has helped tout one of Baker’s long-sought housing initiatives and has hosted him at one of the city’s schools. When she launched her campaign, she did so with the endorsements of a half-dozen other current and former mayors, a list that has grown to 43.