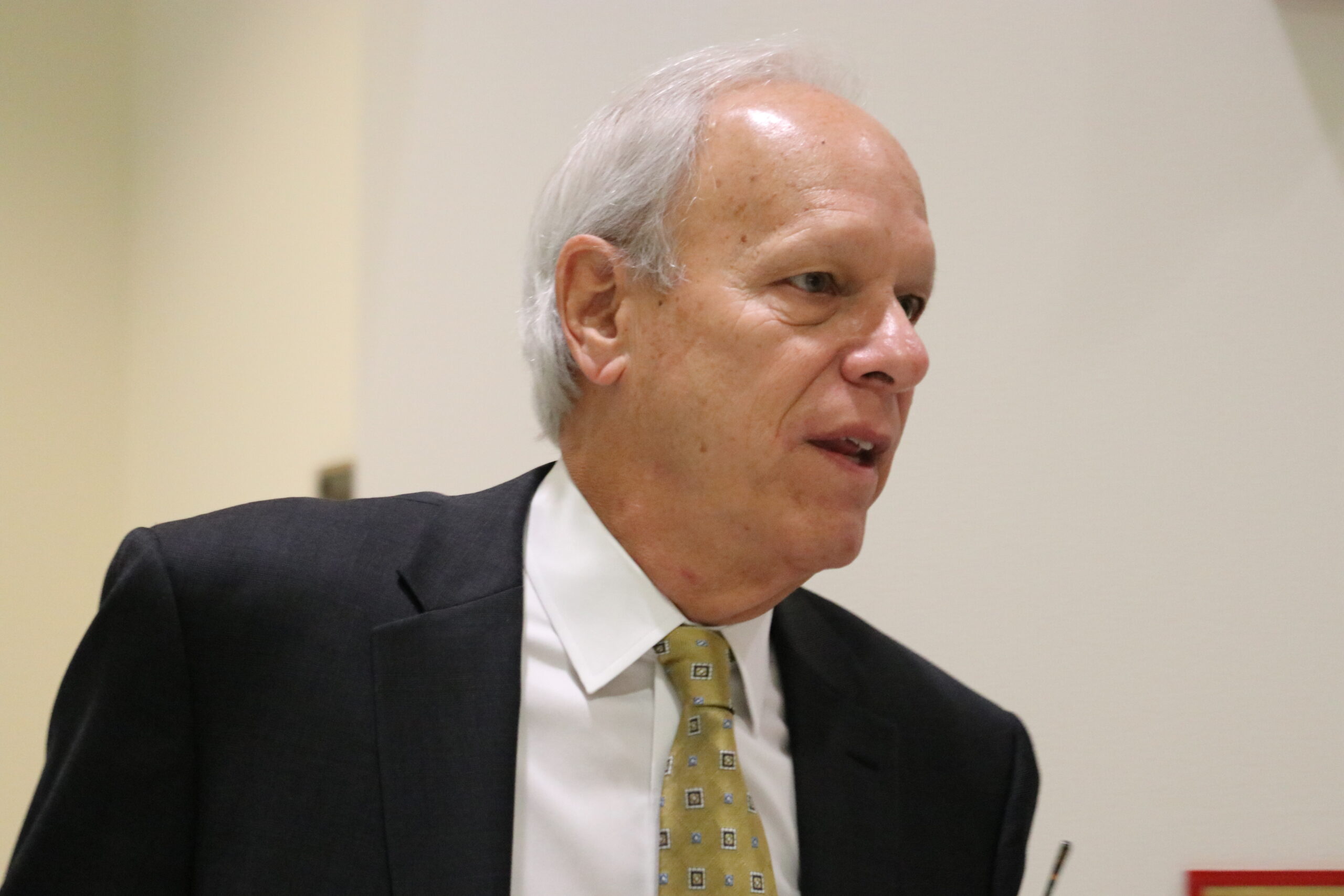 Gov.-elect Wes Moore (D) announced Tuesday that he has selected state Sen. Paul Pinsky (D-Prince George’s) to head the Maryland Energy Administration, creating a dramatic change at that little-known state agency and a cascading set of dominoes that should shake up the leadership teams in both houses of the General Assembly.

Moore also announced that Mollie Byron, a seasoned government hand in the state, will serve as director of Intergovernmental Affairs for his administration.

“Paul and Mollie are two lifelong community leaders who I’m so eager to have join the administration — Maryland is better off because of their work, and will benefit greatly because of their continued service,” Moore said in a statement.

Pinsky’s appointment creates a vacancy atop the Senate Education, Health and Environmental Affairs Committee, which he has chaired for the past four years, giving leeway to Senate President Bill Ferguson (D-Baltimore City) to appoint new leaders to that panel and on the Senate Finance Committee, whose chair, Sen. Delores Kelley (D-Baltimore County), is retiring.

Although there was no announcement out of the Senate Tuesday, the gavels are expected to go to Sen. Brian Feldman (D-Montgomery), the Finance vice chair, and Senate President Pro Term Melony Griffith (D-Prince George’s) — though who is going where was not immediately clear on Tuesday afternoon. It is highly likely that the portfolios of the two committees — and possibly their names and internal structures — will be tweaked before the General Assembly session begins on Jan. 11.

A formal announcement on Senate leadership changes, that will include more than just the two committee chairs, is expected Wednesday.

The imminent departure of Pinsky from the Senate means that both of the upper chamber’s senior members, Pinsky and Kelley, who were elected in 1994 after previously serving in the House of Delegates (Pinsky was appointed to a vacant seat a few months earlier), are moving on at the same time. That development leaves Sen. Kathy Klausmeier (D-Baltimore County), who was elected in 2002, as the longest-serving current senator.

Pinsky’s looming resignation from the Senate also creates a vacancy in his Hyattsville-based district; Del. Alonzo Washington (D), the vice chair of the House Ways and Means Committee, appears to be the early favorite for the appointment.

In the Senate, Pinsky has been a rare progressive voice who moved steadily from the back benches to become one of the most consequential members in recent history. He has been the chamber’s leading advocate for climate action, sponsoring the Climate Solutions Now Act of 2022 that is slowly being incorporated into state law and policy. And, as a former educator and teachers’ union organizer, he was also a major player in the development of the Blueprint for Maryland’s Future education reform plan.

“Senator Pinsky leaves an indelible legacy of championing transformational legislation, especially in the realms of protecting Maryland’s environment for future generations and transforming our State’s public schools,” Ferguson said in a statement. “Although he will be missed in the Senate, I look forward to continuing to work together in his new capacity with the Moore-Miller Administration. There is no doubt that Senator Pinsky will continue making an outsized impact through his public service on behalf of all Marylanders.”

The significance of Pinsky’s arrival at the Maryland Energy Administration (MEA) cannot be minimized.

Under former Gov. Martin O’Malley (D), the MEA, led by Abigail Ross Hopper, had an office in downtown Annapolis and was an integral part of the administration’s energy and climate policymaking. Under Gov. Larry Hogan (R), the agency was moved to South Baltimore, lost several staffers, and has mostly been a conduit for handing out grants and loans for clean energy programs — not an unimportant task, but with less political and policy firepower than it previously had.

In her role on the Maryland Commission for Climate Change — on which Pinsky also serves — the current MEA director, Mary Beth Tung, has argued for moving slowly during certain policy debates, particularly on issues like setting standards and timelines for building decarbonization, putting her at odds with environmentalists and fellow members of the commission — even, on occasion, with others in the Hogan administration.

“Paul has the gravitas and wherewithal, established through years of service, to shepherd legislation that has led to bold accomplishments, particularly the Clean Energy Jobs Act, and, most recently, Climate Solutions,” said Staci Harwell, chair of the Environmental and Climate Justice Committee of the Maryland NAACP State Conference. “He has consistently demonstrated his commitment to diversity, equity, and inclusion — he reaches across the table to negotiate consensus and win-win outcomes. His work has laid a path to elevating and supporting underserved and overburdened communities, not just in rhetoric, but in the legislation he has championed.”

But while they might not have been saying so publicly, many Maryland environmentalists cannot be altogether happy about losing their top ally in the Senate, even if he will remain a significant policymaker.

“Wow!!! We will make faster progress on climate, but we will sure miss him in the General Assembly,” Don Boesch, the president of the Maryland Center for Environmental Science wrote in a tweet.

Feldman, who would inherit a lot of the Senate’s energy and climate portfolio if, as is widely assumed, he takes over one of the two vacant chairmanships, is the most knowledgable lawmaker in Annapolis on energy and utility policy. But he is also considered closer to utilities and big energy companies than Pinsky ever was. Pinsky has been a harsh critic of utilities, accusing them of being impediments to state government efforts to set strict electrification standards for buildings.

In a long note to constituents on Tuesday, in which he outlined several legislative battles over the years and his work on behalf of the communities he represents, Pinsky said he saw his new role at the Maryland Energy Administration as an extension of his work to save the planet.

“After developing policy and legislating solutions for 36 years, I feel that now is the time to shift my focus to ensuring implementation; to turn policy into action and moving our society and economy towards one built on clean, renewable energy,” he wrote. “It will be the main battleground in our ongoing climate challenges.”

He concluded the missive with the sign-off, “In solidarity and friendship.”

‘A clear passion for finding ways to transform government’

Byron, who will serve as Moore’s director of intergovernmental relations, is currently director of government accountability for Prince George’s County Executive Angela Alsobrooks (D) and has become one of Alsobrooks’ closest political confidants. In her government job, she is credited with helping to streamline and modernize performance management in the county and was also an integral part of managing the county government’s response to COVID-19. Earlier in her career, she worked in Prince George’s County government under the previous executive, Rushern Baker (D). 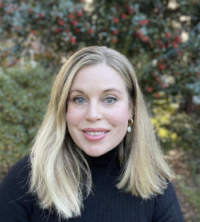 “She has a clear passion for finding ways to transform government to better serve and uplift our communities,” Alsobrooks said in a statement. “We know Mollie will be an amazing Director of Intergovernmental Affairs for the Moore-Miller Administration, and we look forward to continuing to work with her as she takes on this new role.”

Prior to working in Prince George’s County government, Byron served as the director of state and federal government relations for The Nature Conservancy MD/DC. She also served as deputy legislative director and deputy director of intergovernmental affairs during the O’Malley administration. She has been involved as a senior adviser on numerous statewide and local political campaigns in Maryland and is on the Board of Directors for Emerge Maryland.Byron is also the granddaughter of two former members of Congress from Maryland, the late Rep. Goodloe Byron (D) and his widow, former Rep. Beverly Byron (D).