A Trailblazer in Politics Steps Down

Nancy Pelosi had to be prodded to run for office. But she became one of the most powerful women in American political history. 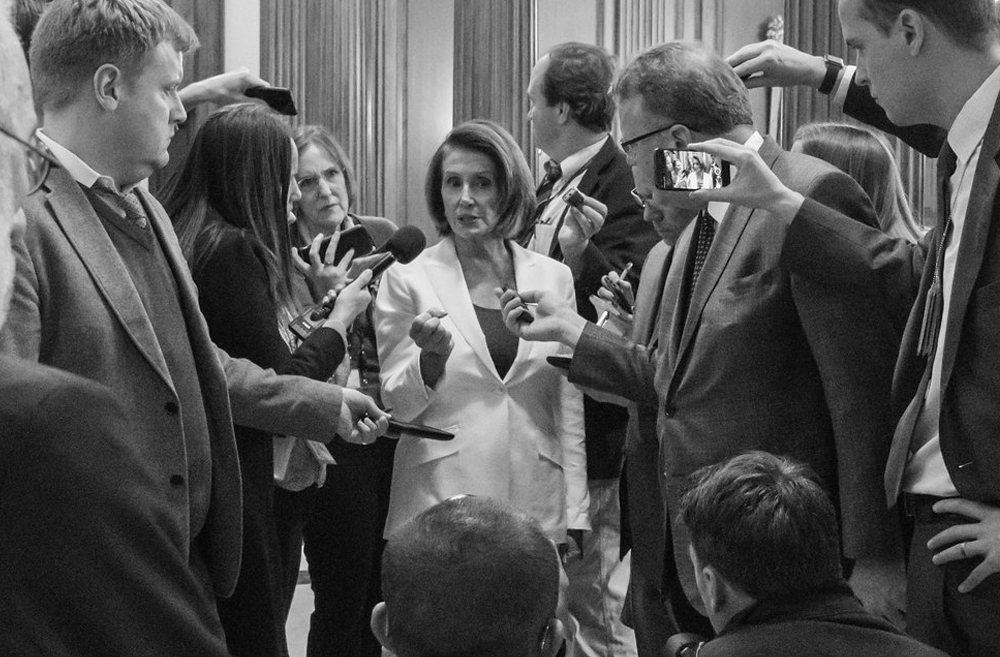 A few years back, we spoke with Nancy Pelosi biographer, Molly Ball, about the circumstances that originally led Pelosi – a one-time fundraiser and political volunteer – to first seek office in the late 1980s.

It turns out Pelosi’s friend Sala Burton, who served as a U.S. Representative from California, was dying from colon cancer in 1987 and basically extracted a deathbed promise that Pelosi would run for her seat. Others had (unsuccessfully) tried to get Pelosi, a mom of five, to run before. This time, Pelosi finally said yes.

“She describes herself as a sort of accidental politician, someone who never wanted to run for office, but was sort of dragged into it,” Ball told us. “Politicians tend to be so self-obsessed and so interested in perception, and she’s not wired that way.

That “push” to run for office ultimately led Pelosi to become one of the most powerful women in U.S. political history. On Thursday, the Speaker announced she would step down from leadership in the House after a 35-year career so loaded with achievements that she has also been one of the most vilified and threatened members of Congress. She has protested the war in Iraq, pushed through Obamacare, and impeached a president (twice). She’s worn stilettos and ripped up speeches. She’s spoken up for immigrants, the environment and working moms, and been called a “badass” too many times to count.

But in stepping down, she also noted the changing face of Congress – something she didn’t take credit for, but what is surely one of her biggest accomplishments. When she took office, there were just 23 women (12 Democrats and 11 Republicans) in the House. Today, there are 123 (91 Democrats and 32 Republicans).

“And we want more,” she said in a speech from the House floor yesterday. “The hour has come for a new generation to lead….and I am grateful that so many are ready and willing to shoulder this awesome responsibility.”

Thanks in large part to Pelosi’s example, a large swath of those up-and-coming leaders will now better reflect the U.S. population. This past year saw a record number of female candidates running for elected office – research from the Center for American Women and Politics at Rutgers University found in July that women set “new candidacy records” in U.S. House, U.S. Senate and gubernatorial races. And not just white women, but Black, Latinx and Asian-American women. There will be at least 145 women in Congress in the year ahead, and a historic number of female governors.

Pelosi will get her wish – there will be more. The overturning of Roe v Wade in June is prompting many more female candidates to seek office, as noted by organizations like Emily’s List, Run for Something and Emerge America. Like Pelosi, many of those women weren’t planning to run for office, but current events – say, a Supreme Court now stacked with conservative justices – has propelled many women into the political fray.

But unlike Pelosi, the new generation of women have an incredibly visible role model to emulate. As we say time and time again at The Story Exchange, “you can’t be who you can’t see.” Whether she wore white in honor of the suffragists, clapped sarcastically at Donald Trump, or maintained preternatural composure as rioters attacked the Capital (while chanting her name), Pelosi became the face of female leadership in Washington.

“I never intended to run for public office,” she said again yesterday. “But it’s been my privilege to play a part in forging extraordinary progress for the American people.” That progress includes, finally, more women in power – undeniably Pelosi’s enduring legacy.