8 transgender politicians who are changing politics 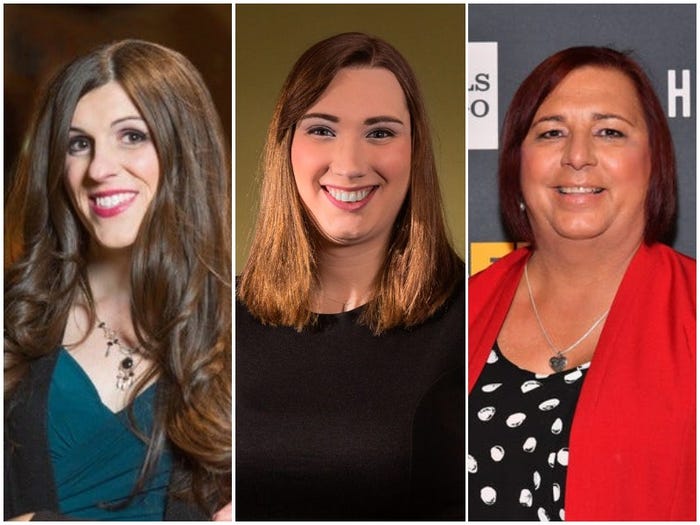 Danica Roem became the first openly transgender lawmaker in the US after she was elected in 2017. 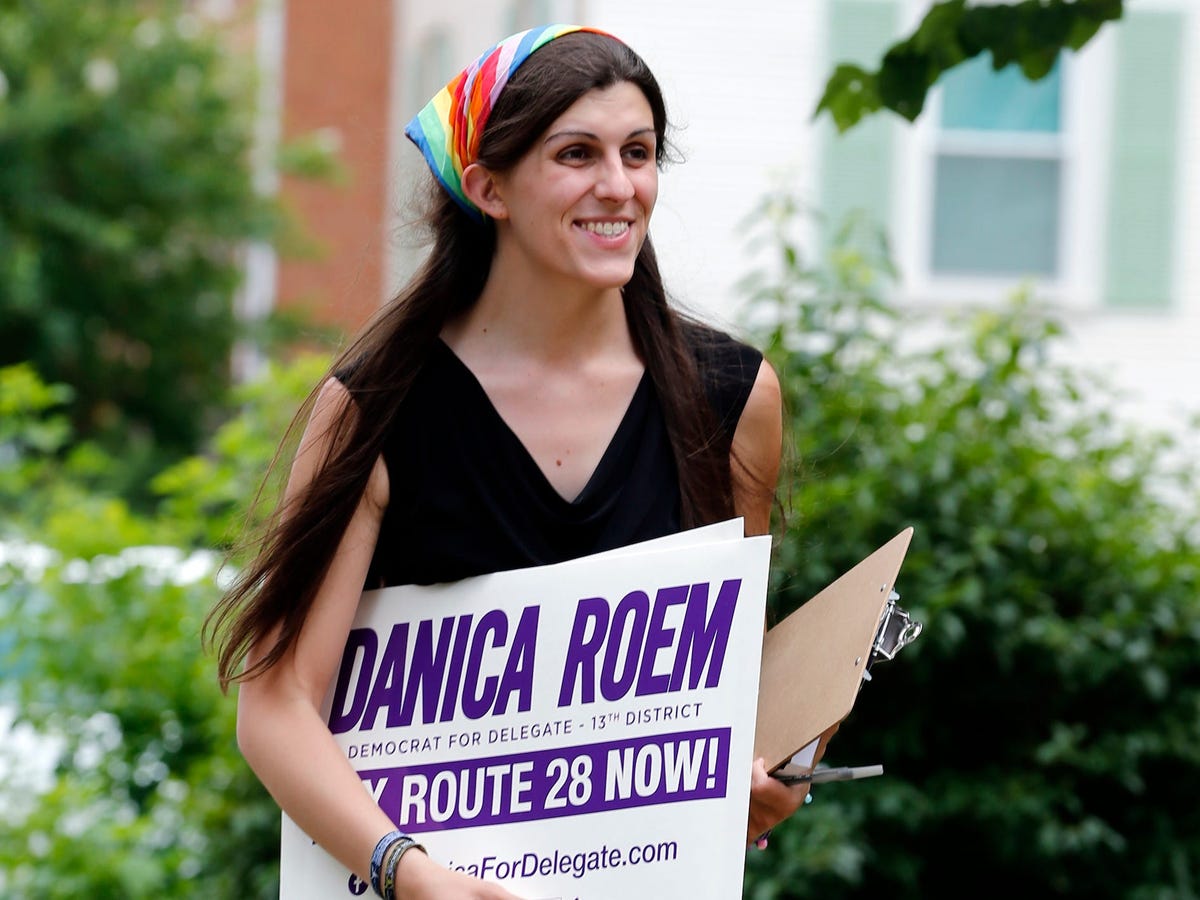 Danica Roem was elected to the Virginia House of Delegates in 2017, winning against an opponent who called himself “Virginia’s chief homophobe.”

She also became the first trans politician to win reelection in 2019.

Roem worked as an award-winning journalist before pivoting to politics. She serves on several committees including Transportation and Communications, Technology and Innovation. She also helped Virginia become one of the first Southern states to remove “trans panic” as a defense in criminal proceedings, and she encourages other people of trans experience to run for office.

Sarah McBride is the highest-ranking transgender elected official in the US. 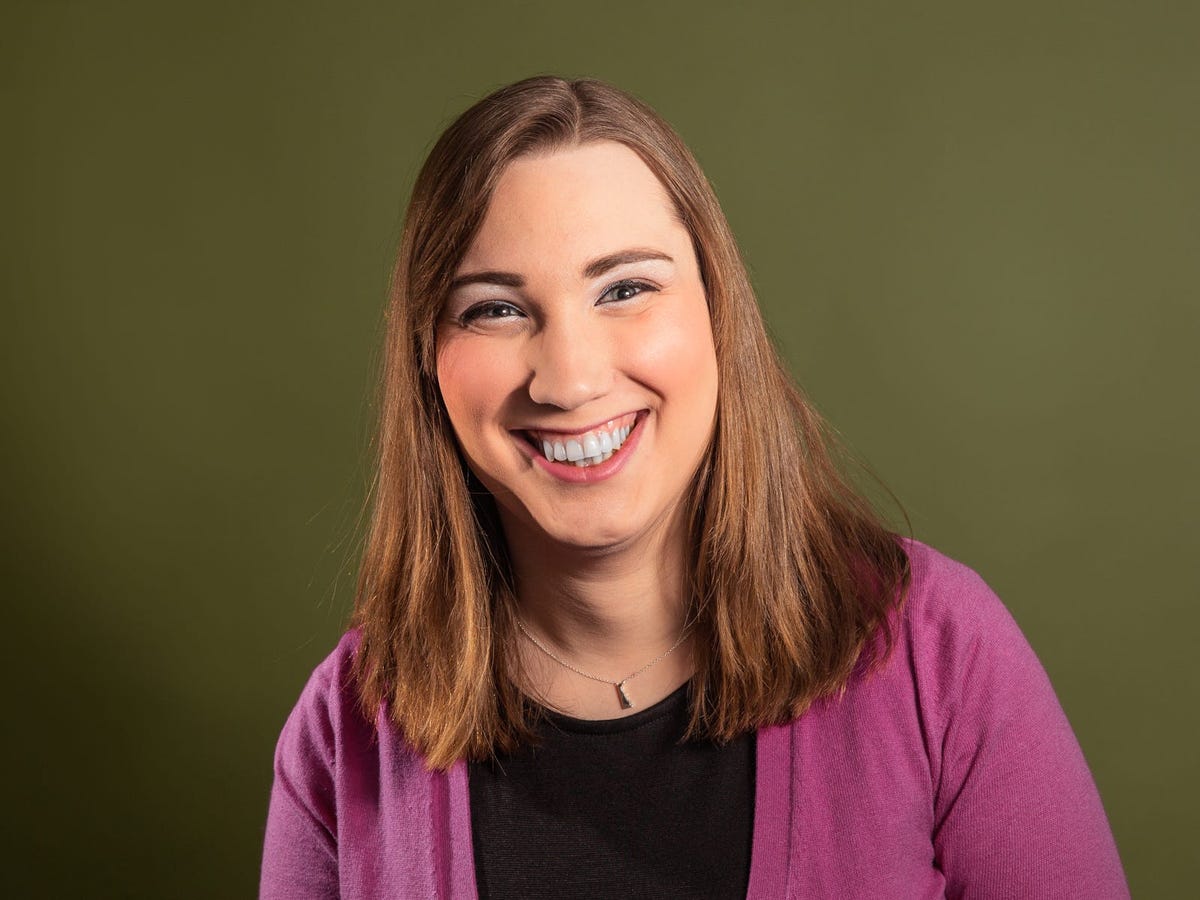 Sarah McBride is the first openly transgender state senator, serving in the Delaware Senate. Elected in November 2020, she is the highest-ranking transgender elected official in the US. McBride chairs the Health and Social Services Committee and serves on several others including Housing, Judiciary, and Veterans Affairs.

“Even as an intern, I saw that my presence and the presence of other transgender people changed the way staffers and administration officials talked about transgender equality,” McBride told Insider in 2018 of her time working in the Obama White House. “Because at the end of the day an issue can no longer be abstract to you if you’re walking the halls or sitting across the conference table from a person impacted by those challenges.” 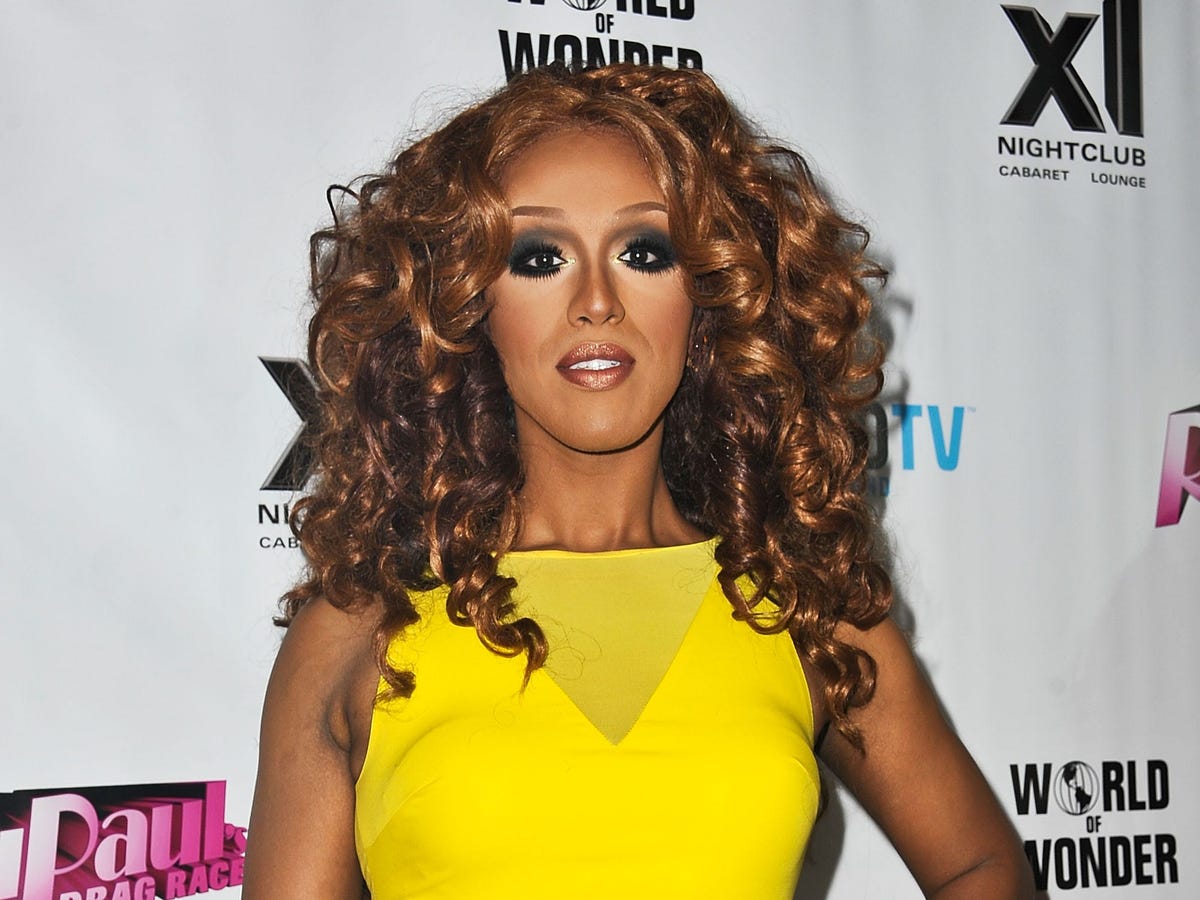 Mahogany was elected to the Democratic County Central Committee in March 2020, and in May 2021, she was elected as the party chair of the San Francisco Democratic Party, becoming its first Black leader and its first trans leader.

“It is an absolute honor, and one I do not take lightly,” she wrote on Instagram.

Before entering politics, she competed on season five of “RuPaul’s Drag Race.”

“‘Drag Race’ was a great learning experience for me,” Mahogany said in a statement to The Advocate in April. “Having to work all day in heels, perform, be funny, be fierce, and face challenges all while being cut down by other queens … it’s basically San Francisco politics.”

Representative Taylor Small is the first openly transgender person to serve in the Vermont Legislature and the fifth elected trans state representative in the US. 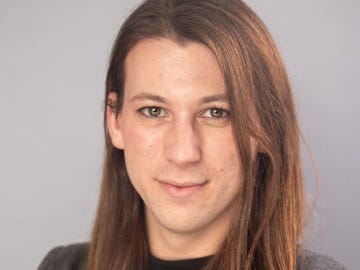 Elected in November 2020, Taylor Small represents the Chittenden 6-7 district of Winooski and Burlington. She serves on the House Committee on Human Services and the House Discrimination Prevention Panel.

Previously, she worked as the director of the Health & Wellness program at the Pride Center of Vermont. She has also performed as the drag queen Nikki Champagne, hosting Drag Queen Story Hours at local libraries and other LGBTQ+ events.

Small was encouraged to run for office by Vermont State Representative Diana Gonzalez.

“I was humbled because I’d always expected as a trans person, as a queer person, that my political involvement would always be in the form of activism and grassroots organizing,” she told them.’s Samantha Riedel in 2020. “I didn’t necessarily see myself serving in the statehouse. So to hear someone else say ‘you should step into this role,’ and especially saying ‘you with marginalized identities should step into this role and lift your voice and the voice of your community up,’ was really validating and the ultimate reason I started to run.” 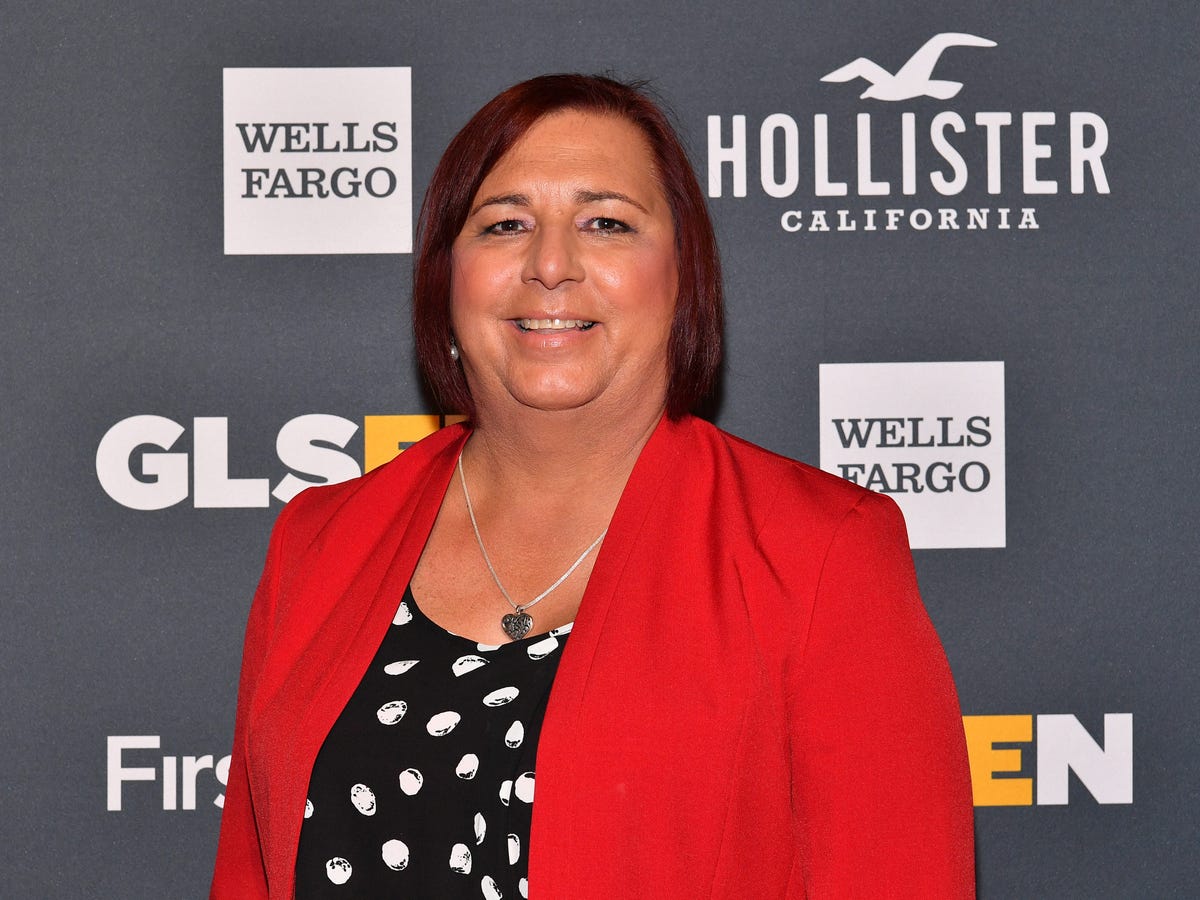 Stephanie Byers was elected to the Kansas House of Representatives in November 2020. A member of the Chickasaw Nation and a former music teacher, she decided to enter politics after retiring in 2019.

“I found myself in a position where I was thinking about those things that I was really, truly passionate about and realized that politics would give me the opportunity to use my voice actively,” she told CNN in August 2020. 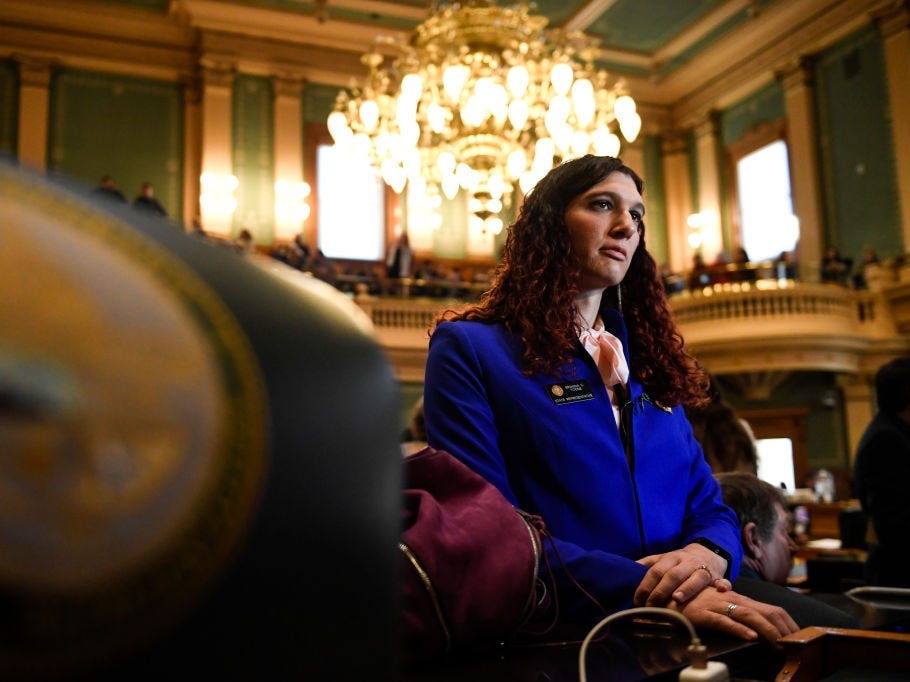 Brianna Titone was elected to the Colorado House of Representatives in 2018, and she was reelected in 2020 despite transphobic attack ads that misgendered and deadnamed her.

A geologist and software developer, Titone serves as the vice chair of the Joint Technology Committee, as well as on the Energy and Environment and Health and Insurance Committees.

Lisa Bunker is one of the first two openly transgender state representatives elected in New Hampshire, making it the only state with more than one transgender lawmaker. 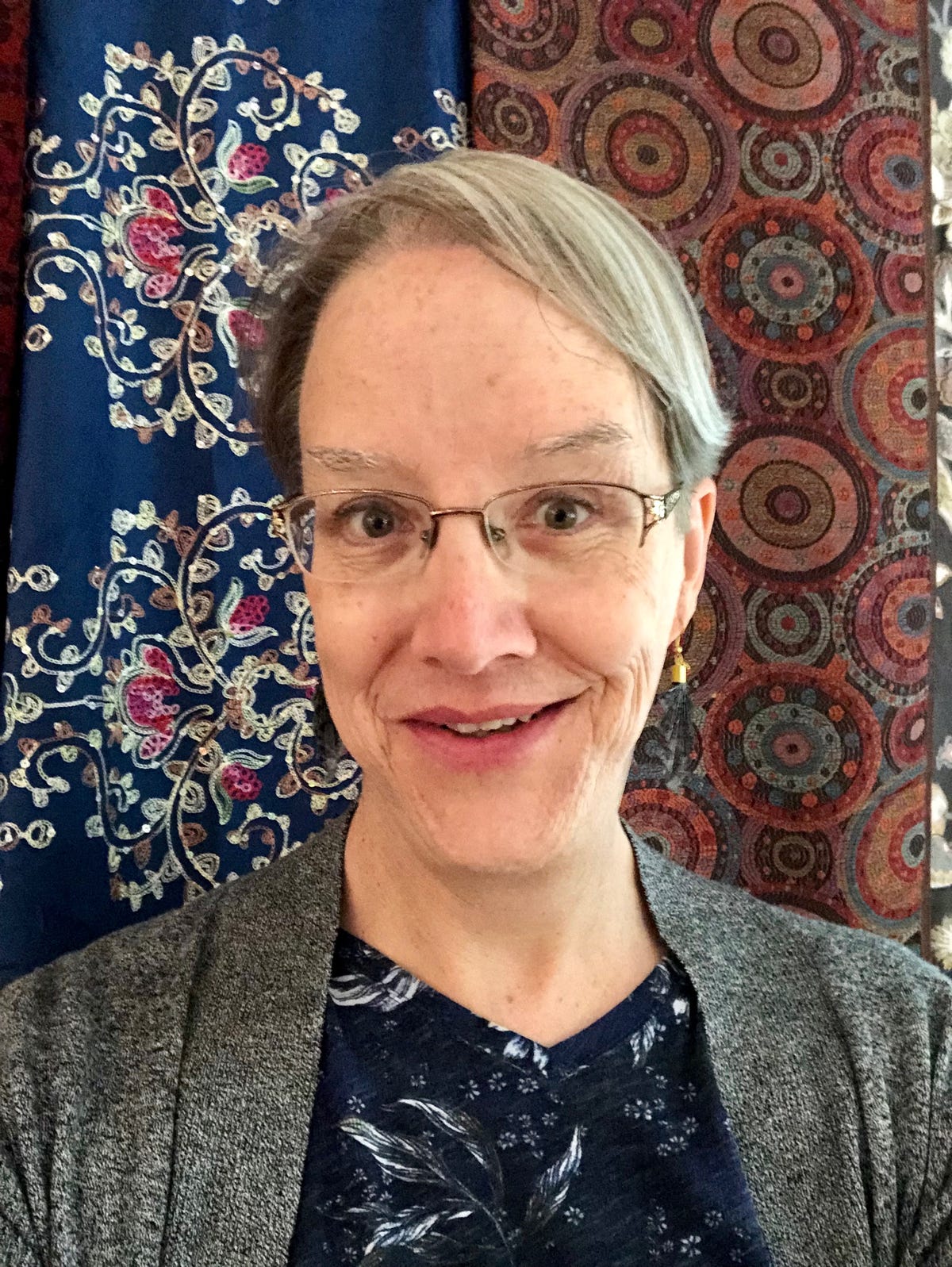 Bunker was elected to the New Hampshire House of Representatives in 2018 and reelected in 2020. She currently serves on the Public Works and Highways Committee.

Gerri Cannon serves in the New Hampshire House of Representatives alongside Bunker. 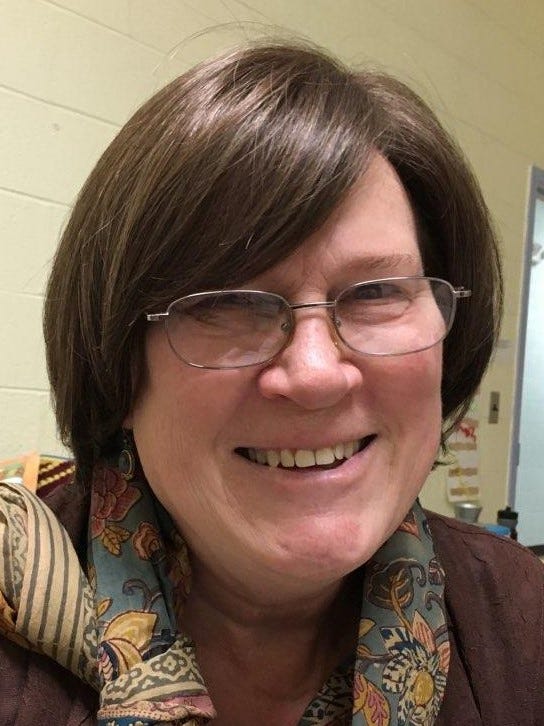 Gerri Cannon worked at Digital Equipment Corp for 31 years, then started her own carpentry business and worked as a truck driver. She was elected in 2018 and reelected in 2020.

Cannon and Bunker have been working together to pass legislation that protects trans rights. In 2019, they co-sponsored a transgender rights bill adding gender identity to the state’s existing nondiscrimination legislation, and another bill allowing a gender marker of “X” for “other” on New Hampshire driver’s licenses.